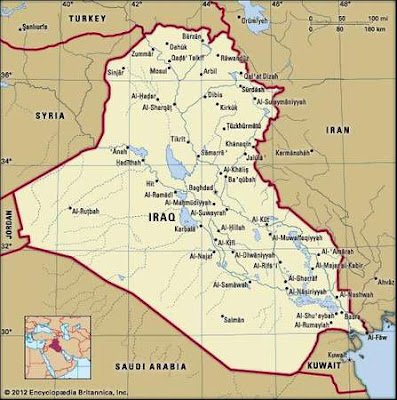 On October 5, along with Dr. Denis Mukwege of the Congo, Nadia Murad, 25, was co-awarded the 2018 Nobel Peace Prize for her advocacy on behalf of the Yazidi community and genocide survivors. Murad was kidnapped and sold as a slave by Islamic State of Iraq and al-Sham (ISIS) militants in 2014, after ISIS captured her hometown of Kojo in Sinjar District, Ninewa Province. She was subjected to rape and other human rights abuses before being able to escape from captivity three months after the kidnapping. Murad has shed light on the Yazidi genocide and the ongoing needs of survivors. Through her organization, Nadia’s Initiative, she published a March 2018 report on the status of Sinjar, finding that since the beginning of the genocide, 90,000 Yazidis fled Iraq, mostly to Germany, the United States, and Canada. The report further found that an estimated 300,000 Iraqi Yazidis remain in Internally Displaced Persons (IDPs) camps, while only 70,000 have been able to return to their homes. Nadia Murad is the first Iraqi to be awarded a Nobel Prize.


On October 8, Almada Paper reported that an intelligence group was sent to the city of Basra to investigate the escalation of assassinations against activists in the city. Anonymous security sources told Almada Press that the investigation discovered the existence of a “list of assassinations” targeting protests leaders. On October 9, Iraqi President Barham Salih held a press conference stressing the need for a national dialogue surrounding the humanitarian crisis in Basra Province. On October 10, Turkish President Tayyip Erdogan agreed to release more water from the Tigris into Iraq by temporarily postponing the reservoir project behind Ilisu dam. On October 11, Iraqi President Barham Salih met with Turkish Minister of Foreign Affairs Mevlut Cavusoglu to discuss Basra’s water crisis and political relations with Turkey.


On October 6, one person died and 14 were injured after a bus carrying workers exploded in Baiji District, Salah ad-Din Province. On October 6, a parked car exploded, killing three civilians and injuring a policeman in Fallujah, Anbar Province. On October 7, a roadside bomb exploded near the entrance of Malik al-Ashtar, approximately 12 kilometers northeast of Baghdad, killing one civilian and injuring another one. On October 7, Jan Kubis, the Special Representative and Head of the United Nations Assistance Mission in Iraq (UNAMI), condemned the terrorist bombings that targeted several neighborhoods in Baghdad, Salah ad-Din, and Fallujah the past two days. On October 10, Shafaaq News reported that three Iraqi soldiers were captured and an army officer was killed in the town of Akaz, approximately five kilometers south of Qaim District, Anbar Province.

The World Bank Provides Grant for a Program to Empower Women in Iraq in Cooperation with the Governments of Iraq and Canada, GCC Countries Discuss Electricity Exports to Iraq


On October 7, the World Bank Group, the Government of Iraq, and the Government of Canada launched a USD 1.95 million grant to support Iraq’s efforts to strengthen systems and deliver programs to empower women economically and politically, including entrepreneurial programs for poor and vulnerable women. On October 3, Undersecretary of the United Arab Emirates Ministry of Energy and Industry Matar al-Neyadi stated that the Gulf Cooperation Council (GCC) countries are discussing electricity exports with Iraq. On October 7, the Tamkeen Center for Participation and Equality organized a seminar in the hall of Dhi Qar’s Provincial Council to discuss the representation of women in the next Iraqi government. On October 10, Haider Qassim, a senior relief official with the Iraqi Red Crescent Society (IRCS) in the Salah ad-Din Province released a statement concerning the distribution of relief and food aid to returnee families in Salah ad-Din’s Baiji District.